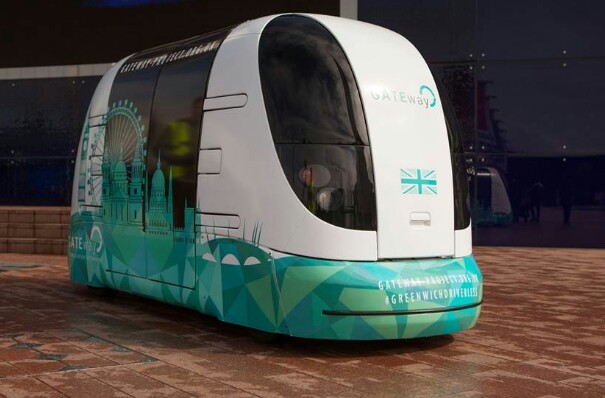 Over the next three weeks, Londoners will get a chance to hop on board a prototype driverless shuttle bus on a route in Greenwich. Nearly 100 people can fit into the shuttle that will cover a distance of 2km marking the first public driverless bus test in the city.

Developed by Oxbotica, formerly Oxford University’s Mobile Robotics Group, the prototype is called ‘Harry’ (in honour of navigation visionary John Harrison). The shuttle, which can travel up to a speed of 10mph, will have five cameras and three lasers that will help it navigate a specified riverside path near London’s O2 Arena, an area used by many pedestrians and cyclists.

The focus of the trials will be to test the vehicle’s ease of functionality with people on board in a natural environment. It will explore the human rider’s pre-conceptions of boarding a driverless vehicle and any barriers to acceptance through detailed interviews before and after the ride.

“It is critical that the public are fully involved as these technologies become a reality,” Industry Minister Nick Hurd told IBTimes UK.

Although several driverless bus tests have taken place in London allowing journalists and company employees to test the buses, this is the first time the public in the city will get a taste of what it is like being driven by a machine autonomously. Other cities like Singapore have already held public trials for such shuttles.

“The project exemplifies the innovation that the UK excels at, and through our industrial strategy, we will continue to ensure that the UK remains at the forefront of this cutting edge work,” emphasised Hurd.